Portraits: Why Are They So Common in Art? | NZ Fine Prints

Portraits: Why Are They So Common in Art? 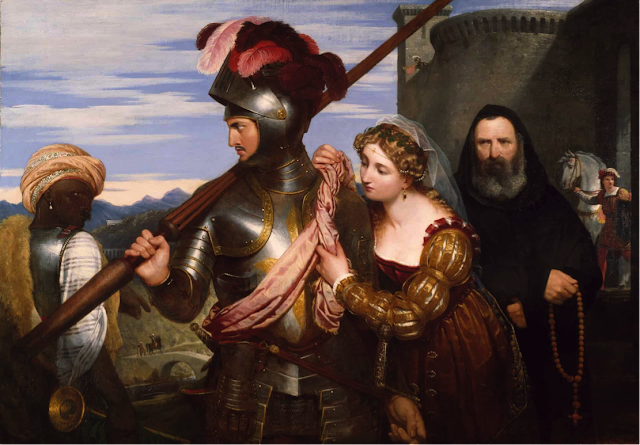 There’s no doubt that portrait art is one of the most common art types, and that this has always been the case. But why are portraits so prevalent, both in the history of art and today? In this blog post, we’re going to explore why portraits are so popular, and so common in many different movements of art!

Historically, painters could count on portraits when they needed income. This idea grew out of the practice of ‘court painting’, wherein painters like Fransisco Goya were kept on retainer to create paintings of royalty. For a lot of history, commissioned work like this was basically the function of art; the idea of ‘personal inspiration’ is relatively new to modern society! A huge amount of historical art began not with the painter themselves, but with someone else paying the painter to create a piece. It's probably worth mentioning that this idea is drawn mostly from the European tradition of art, which we’re focusing on in particular, because it’s more or less where a lot of the formal ideas about portrait painting come from. Many of the most famous European paintings of all time are, in fact, commissioned work, including the Mona Lisa! And it’s easy to understand why people were eager to pay artists to paint themselves or their families, because it was the only way to keep images of loved ones before photography existed everywhere in the western world. The movement away from commissioned portraits is though to be relatively slow. It began as a practice reserved for the rich, but slowly became more accessible for lower classes in European societies, until eventually, painters simply began painting portraits of people they knew, or even strangers they happened to see.

The next big reason portraits have always been popular is very straightforward; we’re social creatures! Humans enjoy looking at other humans, and portraits were one of the first ways we could reproduce the experience of looking at someone. There is more to it than that, of course. On a deeper level, portraits can also reveal all sorts of interesting things about their subjects. Part of this lies in the decisions that are made by the artist. How have they chosen to represent the subject of the painting, and what does this say about how people viewed the subject at the time? With older paintings, it can be a full-time job investigating the historical context surrounding these questions, but they are still engaging to think about for anyone, whether they collect art or not. Portraits can also tell us a lot about someone from the level of detail alone. A great example is the oil painting Virgin and Child with Canon van der Paele by Jan van Eyck. The painting depicts its donor, Joris van der Paele, and modern medical experts now believe that they can guess how he died from the details in the painting alone. The two biggest clues are the spectacles he carries, and an enlarged vein on his head, which suggest he suffered from temporal arteritis. Jan van Eyck’s paintings were known for this level of minute detail, and it’s incredible that his portraits can tell us things about their subjects that the people of the time didn’t even know. Overall, it will always be true that people are fascinated by other people, and portraits give us a window into how other people think, showing us either how the subject wanted to be seen, or how the artist wanted to show them, or both!

This final point is an extension of the one above, with a twist. It’s true that people are social beings, but it’s especially true that we tend to be fascinated by the painters themselves, and self-portraits have always carried this mystique with them, offering us a glimpse into the creative mind. Just as portraits can tell us about how their subjects were viewed, self-portraits can tell us how artists view themselves. A lot of painters painted self-portraits during their careers, but Frida Kahlo is probably one of the most well-known artists of the form, creating over fifty self-portraits during her life. The Two Fridas is one of her most analysed self-portraits because she painted two versions of herself; one in European clothes, and one in traditional Tehuana clothing. The meaning behind this has been discussed for decades, and many different theories have been proposed, including by Kahlo herself, who said it was representative of a memory of a childhood friend.

These are just a few of the reasons that portraits are so common and have been so influential. However, art comes down to taste a lot of the time, so no matter how popular they are or have been, they’re not for everyone! On the other hand, if you’re not a fan, you shouldn’t give up on the whole genre straight away! Portraiture contains so many different styles of art that there’s always a chance you’ll find something new and fall in love with it! Portraits make great additions to your home too. Here at New Zealand Fine Prints, we have a range of portraits available under the portrait category on our site. You can also find some classic portraits in our framed wall art collection, including our largest portrait print by CF Goldie, who was best known for his portraits of Maori dignitaries. To find out more, browse our range today!