Street Art Capitals Around the World 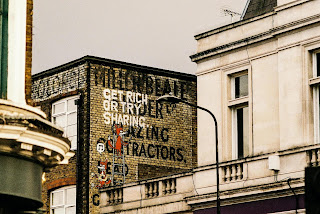 Street art has a long history and can be seen in every corner of the globe, but some cities have stood out for their immensely creative, beautiful, and in many cases politically charged street art. In recent decades, we’ve seen street art style move from being viewed as vandalism to being celebrated in galleries, with art prints of street art selling out. In this article, we highlight some of the street art capitals around the world and show what makes these cities so special.

When it comes to art, Barcelona has birthed some of the world’s greatest artists—such as Pablo Picasso—and this extends to the street art scene. Many parts of the city have come to life with creativity and colour. Areas like Poblenou have many abandoned buildings that have provided some of the best street artists with canvases for their work, bringing the neighbourhood back to life. The Three Chimneys urban park is built specifically for graffiti art, where artists can express themselves and put their art on display without having to worry about any legal consequences. There are thousands of incredible art pieces throughout the city. With so many beautiful discoveries to make, you can’t help but feel inspired. Barcelona should be at the top of any art-lovers travel list.

New York’s thriving art scene is recognised around the world and the streets are no exception. Within the city, Brooklyn is the heart of the street art scene, with local and international talents taking advantage of the enormous canvas provided by the concrete jungle. Brooklyn has life and character around every corner, the creative murals constantly changing and evolving. The Bushwick Collective was started in 2011 by local artist Joe Ficalora. The Collective is an open-air gallery space, highlighting the murals of many artists and creatives. The Collective has transformed the Brooklyn neighbourhood into a colourful and artistic space. Graffiti and street art tours through Brooklyn are popular tourist attractions, bringing people from all over the world to the heart of New York’s street-art culture. The enormous and detailed murals are a must-see for any street-lover, giving this small New York neighbourhood a contemporary and creative re-vamp.

The street art scene in Buenos Aires began as a political and socially charged movement, inspired by Mexican muralism. Artists used public spaces in the city to communicate their message and protest the repressive political climate developing a language of protest throughout Argentina. Almost a century later in 2001, the streets became riddled with propaganda and negative messaging due to the recent economic crisis. Art collectives worked to transform the streets into a colourful and positive space, breaking up the overwhelming political messages and creating larger than life cartoons and vibrant imagery. Buenos Aires is known for the enormous scale of its murals, scattered throughout the city. This bright and large-scale street art scene has put Buenos Aires on many art fans’ travel bucket lists. The beautiful architecture and street art pair together perfectly to provide the city with a thriving pulse.

It’s common for street art culture to come from tragedy, and sadly, that’s the case for our very own Christchurch. After the devastating earthquakes in the early 2010s, Christchurch was due for a major rebuild and this is where street art became a core part of the city’s new life. In 2013, George Shaw, a Nelson art collector, organised a street art festival in Christchurch, commissioning new art pieces on walls throughout the city centre. The festival’s success planted the seed for Christchurch’s growing art scene and inspired artists to engage with the landscape and repopulate the city’s abandoned spaces with murals. The street art style in Christchurch carries political, social, and in many cases, humorous messages. Natural disasters destroyed parts of the city. The landscape changed and evolved. Street art rejuvenated the streets with creative energy and has now created an ever-changing graffiti art scene in our very own country.

The diverse range of street art on Melbourne’s street walls is among the most eclectic and accomplished in the world. The city has become the “Stencil Capital of the World”, bringing street art culture to a wider audience. The city is host to both illegal exhibitions and public festivals, bringing people from all over to the streets of Melbourne. Small street lanes with a huge range of unique bars and eateries are surrounded by large-scale, beautiful murals—many inspired by the street art culture of New York City. Melbourne’s streets are pulsing with life, always changing and inspiring new artists to contribute to the vibrant and creative movement. Melbourne’s bright streets are recognised globally and have continued to inspire other cities to adopt the urban art style.

You can’t discuss street art without mentioning London. Inspired by the art movement in New York, London began seeing street walls used as canvases with stencils, tags, and public sculptures popping up all over the city. East London is the hot spot for street art culture, but the work is seen in all the city neighbourhoods. Places like Brick Lane, Shoreditch, and Camden are just a few of the numerous locations where you can explore the culture of London street art. Banksy has become one of the most famous street artists in the world, going from the underground Bristol scene to spreading his stencil art and political messages all over the city. The anonymous artist’s signature style of combining humour and politics in his imagery or slogans became a sensation and cemented Banksy as a street art phenomenon. Balloon Girl, Kissing Coopers, and Bomb Hugger are a few of Banksy’s globally recognised works, contributing to the widespread acknowledgement of graffiti as art rather than vandalism.

Find Some Street Art for Your Home

Street art is a unique style that can transform an old, abandoned street into a beautiful art piece, attracting thousands of visitors. Why not bring the same provocative style to your home? Framed wall art provides character and can add a dash of swagger to your living space. We have prints by talented artists from all over the world, in a huge range of styles to help you bring some art culture into your home, browse online today.
No comments: