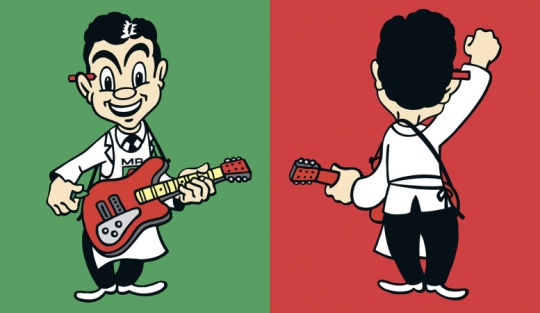 Graphic design is often described as a form of art used to convey a specific message, primarily created for commercial purposes. There is now a huge graphic design culture in New Zealand, spanning back to the first graphic designers of the 1930s who began their training in technical colleges from as young as twelve years old. [Update: We are now showcasing all of these prints in our NZ Design/Graphic Art Prints collection.]

From the first print advertisements, tourism posters, and art deco prints, right up to the brands we see as we walk through the shops of Ponsonby or Lambton Quay today, graphic design is a huge part of our culture and history. But how has the graphical genre played a part in this country’s fine art history? When did the two professions intertwine and how did this affect the art scene? Here, we aim to bridge the connections between graphic design and fine art in New Zealand.

If we look back at early graphic design in New Zealand in the 1930s, much of it was influenced by the small yet powerful connection we had with the rest of the world.

By the1960s, advertising was booming. This was the ‘Mad Men’ era of the Volkswagen Beetle and Lucky Strike Tobacco. The iconography and mixtures of type, illustration, and even some photography in these campaigns trickled down to the New Zealand industry where some of our first graphic designers were finding their feet.

But what did we have to advertise? We may not have had any major global brands to make ads for back then, but we had a growing tourism industry, and plenty of places to sell to the rest of the world.

Our tourism posters from the 1930s onward reflect graphical practices while being pieces of art on their own. Their art deco and pop art style blur the lines between graphic design and art, cemented by their bold use of signwriting.

As modernist art grew in popularity around the world, New Zealand artists began to develop their own expressionist style that is uniquely Kiwi.

Colin McCahon played a huge part in defining this style, as he moved away from nationalist landscape art towards unique letterforms and figurative, graphic art. Through the medium of paint, McCahon revolutionised the way designers were using typography, and opened letters up as expressionist forms.

Many Kiwi painters took inspiration from this, most famously Dick Frizzell, and those iconic paint-stroke letterforms became a uniquely kiwi ‘typeface’ in their own right.  This writer was tempted to buy McCahon's letterbox when it came up for auction a few years back, for it was numbered in McCahon's distinctive writing!

Now, as our graphic design industry propels itself onto the world stage, type foundries such as Klim use the medium of type to extend graphic design into an art form of its own. The concept of type as expression has come full circle. Klim has held art exhibitions displaying typefaces, such as ‘There is No Such Thing as a New Zealand Typeface’ and has even featured in Erik Brandt’s global interventionist experiment ‘Ficciones Typographika’.

Although the digital age has allowed us to use type in more than just hand-painted letterforms, we continue to return to the expressionist phase of typography that originally held so much power.

As late capitalism grew in sophistication, and branding becoming a more graphic style, so too rose the opportunity for artists to create expressionist work that reacted to the world around them. As an example, Andy Warhol explored the lines between artistic expression and advertising with his heavily branded, pop art pieces.

Many artists in New Zealand adapted a similar style at the time with our Kiwiana iconography. Dick Frizzell was a leader in this genre, with his Four Square Man interpretations that so heavily blurred the lines between branding and artistic flair.

Today, there are a growing number of contemporary artists (Glenn Jones and Hamish Allan, to name a couple) who take inspiration from Dick Frizzell, creating modern, fine art giclee prints juxtaposed with a similar nostalgic style. And really, why wouldn’t they? Art is often a reflection of the world around us.

New Zealand art is both nostalgic for brands of yesteryear and is growing our current ones at such a fast pace. It seems that where art often took inspiration from graphic design; now, it is a medium of contrast—to rebel against it. Have we had too much of a good thing? Or are we just nostalgic for a simpler time?

No matter where you stand on the spectrum of design versus art, there is no doubt that some of the country’s best works were influenced by a creative community that worked together. You can get yourself a piece of this history with one of the many modern art posters available at New Zealand Fine Prints. Shop online today!