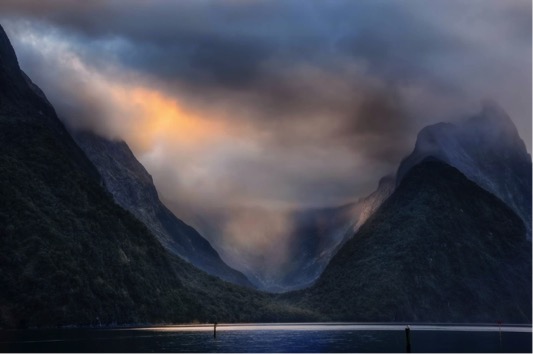 When exploring the world of framed wall art in New Zealand, you can quickly discover that there’s a wealth of options. Landscapes are a popular pick, especially because there’s no shortage of incredible scenery in Aotearoa, and thus no shortage of art featuring stunning natural features and breathtakingly vistas, viewed through the lens of the artist.  In this blog, we look at some of the best New Zealand landscapes, and discuss why they lend themselves so well to art.

Aotea, known to most as Great Barrier Island, is part of Auckland’s well-known Hauraki Gulf. The island lies around 100 kilometres from the central Auckland harbour. It’s the sixth-biggest island in the country, and Mount Hobson—the island’s peak—reaches over 600 meters above the sea. Aotea is the ancestral home of Ngāti Rehua, and the island has two marae, one affiliated with Ngāti Rehua, and the other with another local iwi; Ngātiwai.
During the colonisation of New Zealand, Aotea was settled by Europeans for mining, Kauri logging, and was later the location of New Zealand’s last whaling station. As time went on, more on more of the island fell under the protection of the Department of Conservation, and these days, over half of the island is a nature reserve. Just under 1000 people live on the island, and those who visit tend to feel like it is like stepping backward through time.
Aotea’s position just off the coast of Auckland is a big part of what makes it so great for art. It’s pronounced shape in the heart of the harbour draws the eye, and it hasn’t been settled in the same way that other islands—like Waiheke—have. Even though it’s just next door to New Zealand’s biggest city, the island remains largely how it always has.

Milford Sound, or Piopiotahi in Māori, almost needs no introduction. The South Island fjord is world-famous, having been named the world’s number one travel destination in the TripAdvisor 2008 Traveler’s Choice Awards. Piopiotahi is potentially New Zealand’s most famous attraction, and in the age of the Travel Instagram, the magical location has charmed thousands. Rudyard Kipling even once called it the eighth Wonder of the World!  It’s no wonder Milford Sound makes such a popular subject for landscape art—it’s hard to think of any part of New Zealand that looks more visually arresting. View our Milford Sound prints for more!

The tallest mountain in New Zealand, the mighty Aoraki reaches 3,724 metres above sea level, towering over the Southern Alps; the mountain range that forms the spine of the South Island. Mount Cook has long attracted avid mountain climbers, with several summits, and views of nearby glaciers.  Ngāi Tahu, one of the main iwi in the south of New Zealand, have a strong connection to Aoraki. They hold the mountain as a sacred ancestor—Aoraki forms a physical link between the natural world, and the supernatural. It’s easy to see why the locals hold the mountain in such high regard—it truly is awe-inspiring. Mountains—particularly volcanoes—are almost always held in high regard by indigenous peoples, and perhaps this sense of awe is also why so many artists are drawn to it, in an attempt to capture the immense sense of scope the mountain has. View our Mount Cook prints to find the perfect landscape piece for your space.

Want a piece of New Zealand’s landscape in your home?

Here at NZ Fine Prints, we sell a huge range of NZ landscape prints, from a number of celebrated artists. If you’re looking to decorate your home with a piece of New Zealand’s natural majesty, you can’t do much better than a framed print. See the range for yourself in our shop today!