How New Zealand Is Reclaiming Māori Heritage Through Visual Art 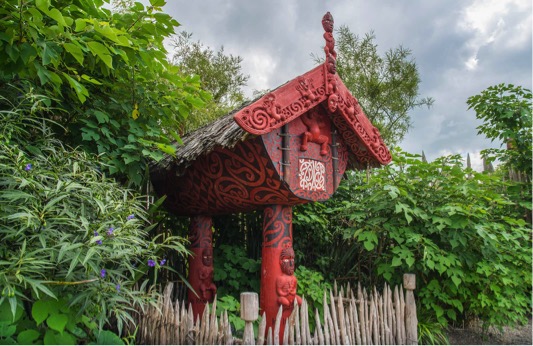 New Zealand’s indigenous Māori culture has always valued art. The patterns and designs of tangata whenua are easily identifiable when seen in Māori poster art, architecture, and carving, but few outside of NZ know about the history behind modern Māori art. Where did it begin, and what happened to it through the 20th century to bring it to where it stands today? In this blog, we’re going to explore some of these questions by tracing the basic history of Māori art from pre-colonisation, through the contemporary Māori art of the 1950s, to now. In particular, we highlight how and why Māori art changed in the 20th century.

Traditional Māori art was historically focused around practicality. What we often think of as Māori art now began as pieces that intentionally married both form and functionality. In many cases, one inspired the other. Pieces could have had many uses, but they often had a principal use or an underlying symbolism. Furthermore, Māori art was used to give physical shape to important ideas, and often, art pieces were created by a single material, whether wood, bone, or flax. The material chosen also helped inform how a piece of art would look. Before European colonisation and repression typified by legislation such as the Tohunga Suppression Act of 1907, Tohunga were deeply involved in art. While there may not be a single, analogous definition for Tohunga, they are often described today as experts in a given skill or art form. They may have been priests, carvers, linguists, or tattoo artists—a master of any of these could be considered a Tohunga. Not all art was created by Tohunga, as art was also a communal activity that groups could work on together, but art created by Tohunga was especially valued.

The effects of colonisation on Māori Art

The introduction of Pakeha changed Māori art dramatically, in multiple ways. There were surface-level changes, such as carving changing in response to the metal tools Pakeha brought with them, but there are also more profound changes in the culture which altered the art form. Some Māori adopted Christianity, for example, while others felt that their culture was being eroded, and the policy of Pakeha impacted Māori art directly, as in the case of the Tohunga Suppression Act. New leaders emerged, like Te Kooti, Te Whiti, and Rua Kenana. Te Kooti, in particular, inspired a religious movement called Ringatū, which combined elements of the Bible and Māori spirituality. His battle flag, Te Wepu (translated as the whip), was sewn by Catholic nuns, and became a famous piece of art. The flag was eventually captured by Gilbert Mair Jr, a colonist soldier and interpreter, who at one point led the national hunt for Te Kooti. Mair Jr then entrusted it to the Dominion Museum, but later learned it had been destroyed.

The emergence of ‘modern’ Māori art

In the early 1900s, Māori art began to return to more traditional forms. The establishment of the Young Māori Party, led by figures such as Sir Apirana Ngata, helped shape these opinions, and encouraged Māori to forget the teachings of prior religious leaders in favour of finding their own path to progress. While this did push Māori to reconnect with more traditional forms of art, many criticised the views of the Young Māori Party, which also called for Māori to abandon other traditions and adopt western medicine and education. Māori art began to change again in the 1950s, and this can be traced more or less to Gordon Tovey, national art supervisor for the Department of Education. He was particularly interested in fostering Māori art, and so began a small training group of Māori artists. This group included several artists who went on to become very important in New Zealand’s art history, such as Ralph Hotere. This movement began what we know think of as the contemporary, or ‘modern’ period of Māori art.
Paratene Matchitt was also part of this group. His work is known for combining Māori tradition with modernist art forms, and references much of New Zealand’s history, including the prophetic movements, especially that of Te Kooti. Matchitt’s wood sculpture ‘Te Wepu’ is a clear reference to the original flag, and it is now owned by the same institution that destroyed the original. Matchitt originally created it as a wero, or challenge, calling out the National Museum’s tendency to endorse a narrow section of Māori art.

The combination of Māori and European art continues to this day, often used to make art that interrogates its own history or makes statements about Māori in the world today. Shane Cotton, for example, has continued the use of the Ringatū motifs that Matchitt referenced in his own work. The digital landscape of the modern world is also bringing more attention to traditional forms of Māori art. As an example, a Rotorua-based carver going by the online name ‘Broxh’ has received a surge of popularity after streaming his work process live on Twitch. If you’re interested in bringing some of New Zealand’s history into your own home, take a look at the Maori art for sale in our gallery today!